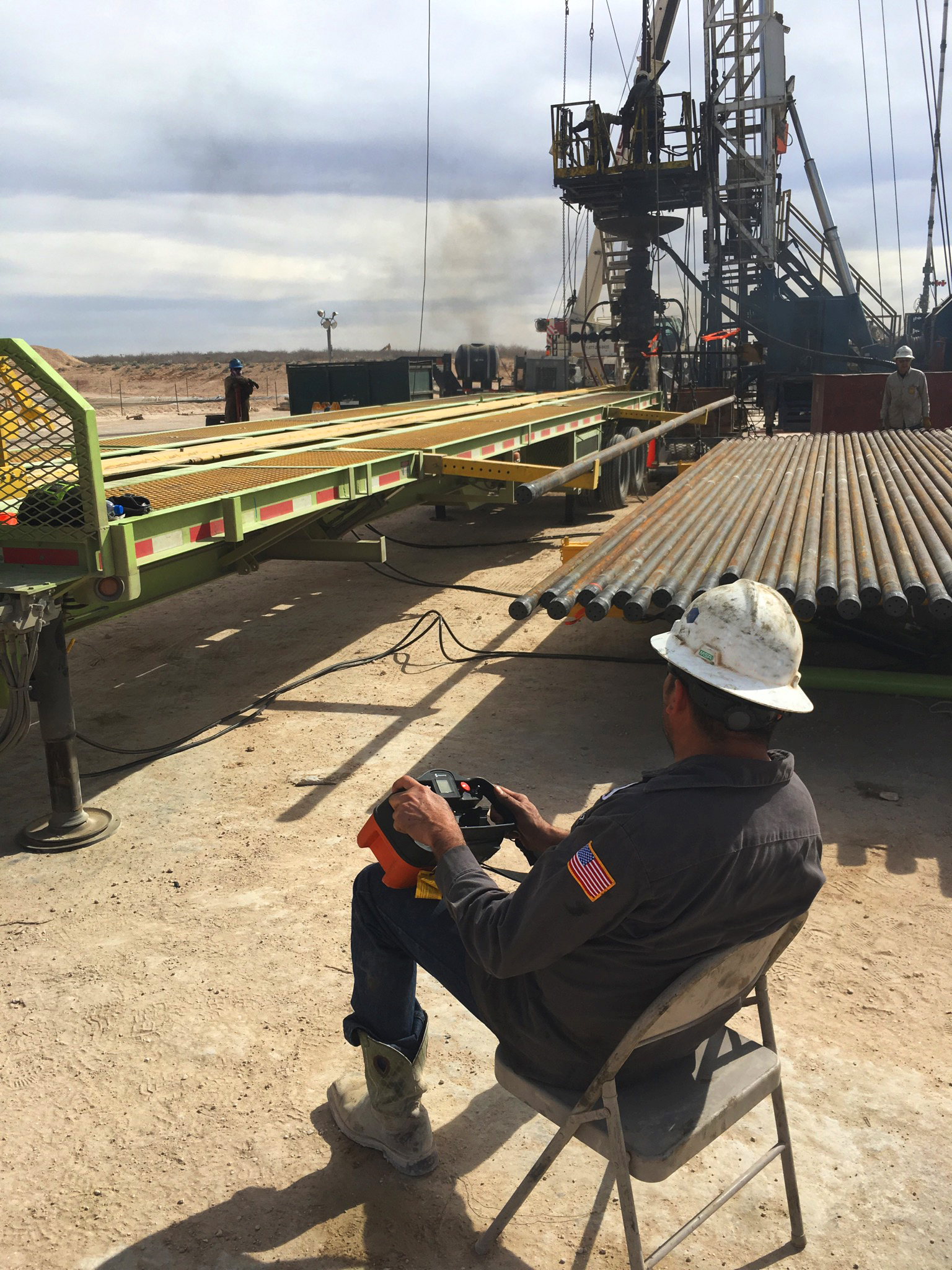 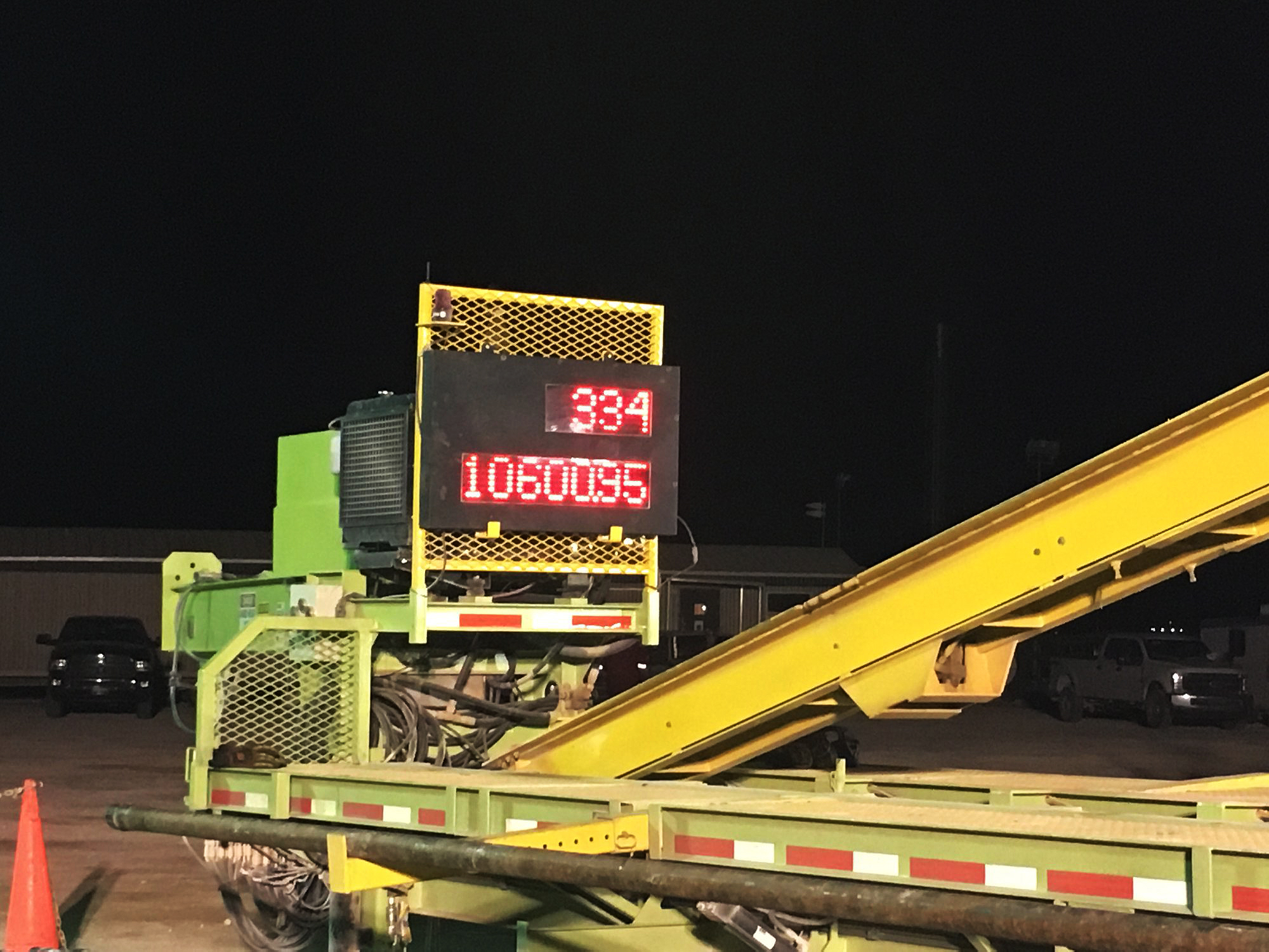 On Thursday at 8am operations began on well #1.  The operating company crew ran the Glider by themselves with observation and support from Glider’s field technicians as needed. More than 350 joints were moved from the pipe racks to the work floor and into the wellhead over a period of about 8 hours, amounting to 11,543 feet of pipe. During this operation, a manual tally was taken as it had been historically.  The electronic tally provided by the Glider showed 3.3 feet less than the manual tally over the 11,543 foot run. The operators agreed that this electronic tally was more than accurate enough, and that the difference observed was consistent with high wind at the worksite affecting the tape measure used in the manual tally.

During the Thursday operation, the Company Men reported that they really liked the ability to monitor the number of joints and depth on Glider’s website without leaving their office.  Glider had not anticipated this worksite benefit of the website tracking the tally in real time.

The Tool Pusher operated the Glider with the remote belly pack while sitting in a chair near the gooseneck.  Attached photos show all pipe movements being completed without human hands touching the pipe.

Electronic tally information compared to the manual tally data for all 4 wells is attached as well in an Excel spreadsheet.

While the Glider and racks operated flawlessly across 4 wells from the customer’s perspective, Glider technicians noted the following minor opportunities for improvement that we will implement going forward:

The customers continued to use the Glider for all wells on the four well pad. The equipment continued to function correctly through all four wells and provided the benefits listed in the attached file “Benefits of The Glider Integrated System.”